Angie Mack Reilly has been working closely with musicians for the past two decades and is a musician herself.  She wrote this poem after Prince died of an accidental overdose.  After observing and listening to the hearts of so many musicians over the years, it is her lifelong passion to advocate for musicians and artists whose mental health needs are grossly overlooked.  Angie doesn’t consider herself a huge Prince fan nor does this blog post necessarily reflect Prince’s personal situation.  Yet after seeing another celebrity musician die, she decided to write about it to raise awareness about the unique mental health and emotional needs of those in the entertainment industry.

The difficult part about being talented is that so many people either want to monopolize on the talent or be made to feel good from it.  And there are many excellent artists ‘who deliver’.  Giving 110%.  But when the artist has a need, such as an emotional issue to work through or a financial setback, they are often abandoned and left to their own devices to heal.   And it can be too much.

Laugh.  And the world laughs with you.  Cry.  And you cry alone.  – unknown

Due to the nature of the entertainment industry, many performers don’t have the time to form lasting relationships.  Many come from broken homes.  Entertainers face unique challenges of loneliness.   And because they are more sensitive, the feelings of rejection or abandonment can be even more devastating.”

Angie is also a published poet whose poetry is etched into some of the sidewalks in Grafton, WI including the poem pictured,  “Traveling Minstrels”.

A #poem for #prince by Angie Mack Reilly

Everybody loves a performer while they are performing.

“Traveling Minstrels” I call them.

Then they are left alone to their own devices and sorrow.

They are left to die alone

in mental anguish and unmarked graves.

Where are those who loved them

when their pockets were running full,

their faces were full of smiles

and their hearts were full of song?

Why, cheering on the next traveling minstrel

who makes them feel good!

For they had sucked the life out of the first!

He gave everything he had and then some,

with all of his sensitivities and musical genius.

He thought they would reciprocate

and it devastated him when they did not.

One of Angie’s “claims to fame” is finding the unmarked and unknown grave of long ago blues legend, Blind Blake.  #musicianadvocate

Angie spearheaded a movement to get “Blind Blake” a much deserved headstone.  Blake is buried in Glendale, WI. 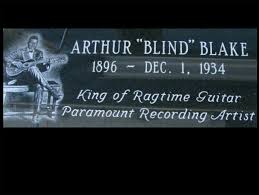 Angie is a Composer & Songwriter