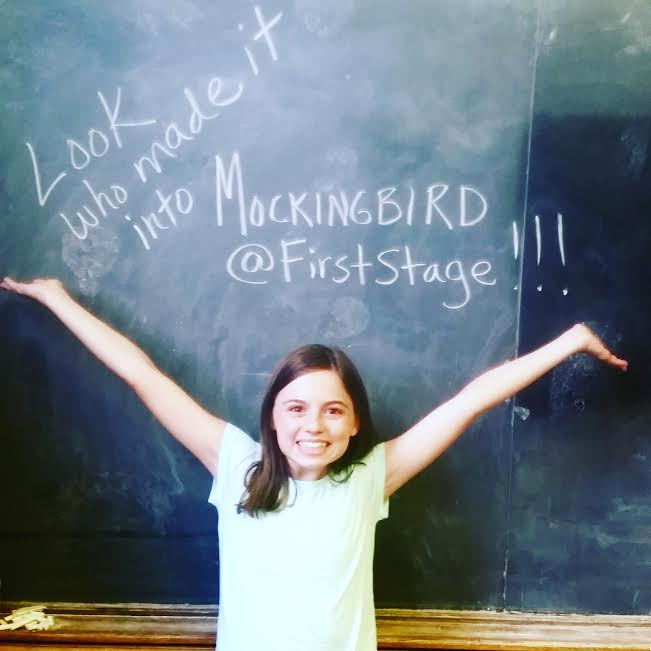 Longtime private vocal and acting student of Angie’s makes it into First Stage Children’s Theater of Milwaukee.   Grace rigorously trained with Angie on a weekly basis for a few  years in order to reach her goal.   Angie also provided arts leadership opportunities for Grace which enhanced her sensitivities as a budding actress.

See MOCKINGBIRD: A Look Behind The Scenes  by First Stage

Grace Drabot seated on the left.

Then she was cast in “A Charlie Brown Christmas” as Frieda …..

Grace is pictured in the back row 3rd from the right with red curly hair and a light green coat.